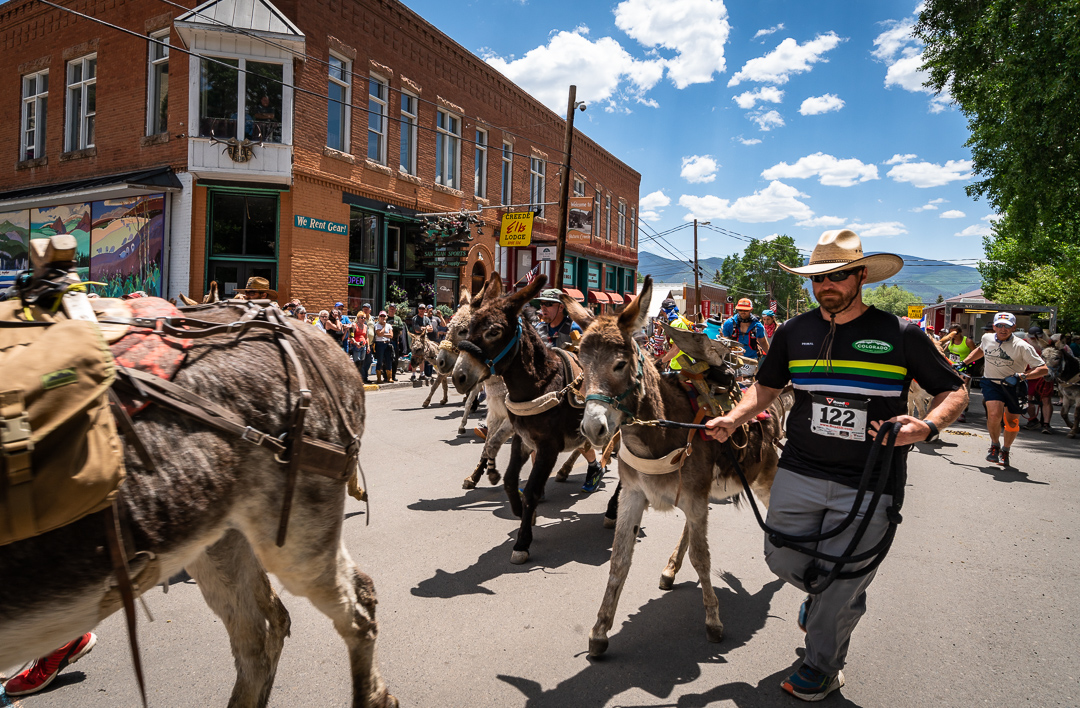 I like to think of myself as a planner when I travel, but that’s not really the case. I’ve found over the years that I can plan certain aspects of my travels (e.g., flights, hotels), but that it’s best to let the details of my travels unfold naturally. Each day, I choose one or two “must-do” experiences and then let the rest of the day take care of itself.

When I open myself up to experience the place or event, I find all sorts of things happen. Maybe I’m just lucky when I travel, but I think it’s more of a mindset. When I’m looking for the unique experiences, I find them.

A Day in Southern Colorado

Let’s take my recent trip to Colorado as an example. I went for the Sand Dunes, but my family had already been here many times. So, we took a day to explore other places that were new to all of us.

We chose two places, Creede, a little mountain mining town of about 300 people sitting at 8,800 feet in elevation, and the North Clear Creek falls as our destinations for the day. These would take us along scenic mountain roads and allow us to explore the Rio Grande forest.

We drove a meandering road up to Creede, stopping to put our feet in the Rio Grande River and explore a few back roads. Quick geography lesson: Yes, it’s the same Rio Grande river that bounds US & Mexico, but rivers start in the mountains and that’s where we were.

We arrived in Creede in time to see about 300 donkeys arriving – well maybe not that many, but there were a lot of donkeys. There were big donkeys and cute little mini-donkeys. We’d arrived just in time for a 5-mile donkey race up the mountains! The owners, running with their donkeys assured me that the donkeys were faster, but a little less motivated than the runners to earn the $500 prize.

We couldn’t have planned it better!

The race would last about 2 hours, so after the donkeys were off, the town entertained itself by racing two donkeys up and down Main street being pulled by any cute kids they could find. I’m here to tell you that kids pulling donkeys down the street doesn’t get old no matter how many times they do it!

Had we been aiming for the Creede for the start of the race, we might have missed the scenic roads, being more focused on our arrival.

It was time we were off to find our 2nd destination for the day, North Clear Creek Falls. My sister had found the falls on TripAdvisor, but we were a bit dubious. We seemed to be on the relatively flat floor of a valley. Hard to think there’d be a huge, great waterfall anywhere around.

Amazingly we found the falls on what appeared to be a flat plain – it drops into a fissure in the earth more than 100 feet – straight down. We explored the area – even going across the stream at the top to stand on the very edge of the sheer rock cliffs almost giving my sister-in-law a heart attack. We saw only one or two other families and we were mostly able to explore on our own. I got to take photos of waterfalls and frolicking around in nature without having to pay a tourist-fee was the best.

Along the way to the falls, we started seeing a funny coloring in the sky. The wind had shifted and the forest fire burning in Durango(Fire 416) had doubled in size and was sending clouds of smoke our way. At one point, I think we were about 60 miles from the edge of the fire – not in danger, but as close as I’d been to a fire this size.

These were lucky finds and you might think it is a rarity to find interesting events when we travel, but I’ve found that all sorts of things happen when I’m open to them. On my drive back from the Sand Dunes, I stopped at an abandoned silo in First View, Colorado – I’m not sure that’s really a place, but that’s what the sign said.

I just wanted an image of this abandoned place on the plains. I walked around the back to find a Great Horned Owl staring at me – really staring. It just sat there waiting for me to take as many photos as I wanted. It wasn’t frightened of me at all – which got me thinking that one of us should probably be frightened. That was when I decided to back up slowly. I’d gotten my close-ups and was off.

Whenever I arrive somewhere, I try to walk around, completely around if possible, to get a feel for the place. Sometimes I get a nice surprise.

Be open to experiences and you’ll never know what you’ll find.

Talk with the locals, find out about something going on right around the corner. I’ve already mentioned stumbling across an archeological dig in progress in Council Grove, Kansas.

The “Get There” Mindset

On my drive to Colorado, I took back roads in Kansas and stopped to see Monument Rocks and Castle Rocks. These rock formations are just a few miles off the interstate, but most people fly past not wanting to go even a few miles out of their way. They are fixated on their destination.

When I was in Romania, I didn’t have this mindset. I was tired after a few weeks of travel and we added an extra trip to Transylvania to see Dracula’s castle – we were so close so why not – and got stuck in a 6 hour traffic jam. On a summer weekend, the entire city of Bucharest was also going to the mountains. I was annoyed at being stuck and probably missed all the good opportunities. There were people selling fruit by the side of the road and little towns and mountain views. I photographed very little of it. I was fixated on the traffic and getting back to and from Transylvania.

You might think that I’m just really lucky in my travels, but I don’t think that’s it. I think that I’m open to the experiences. I plan my trips with plenty of time. I’m relaxed enough to see the opportunities and talk with locals. I wrote an entire post on finding a Buddhist temple in the middle of Illinois just because I asked a local what was interesting to photograph in the area.

Photojournalists have a saying “f8 and be there”. It’s mostly about being there and taking in what’s around you.

Take time to explore something interesting even if it’s not in a guidebook. And most importantly, take the time to let yourself really be in an area. Sometimes we travel from place to place with a set agenda. In our fixation to get to the next place in the guidebook, we blind ourselves to what’s going on around us. We feel the pressure of movement and don’t stop to see what’s going on. We haven’t given ourselves enough time.

This mindset isn’t just for when we travel, it’s being ready to move when someone says, “why don’t we check out this lake?” – even if you’re tired after a long day of work. Or when taking your husband to the airport at some stupid hour of the morning – going out for sunrise since you’re already up. *Yawn*

6 thoughts on “A funny thing happened…: Preparing for the Unexpected”